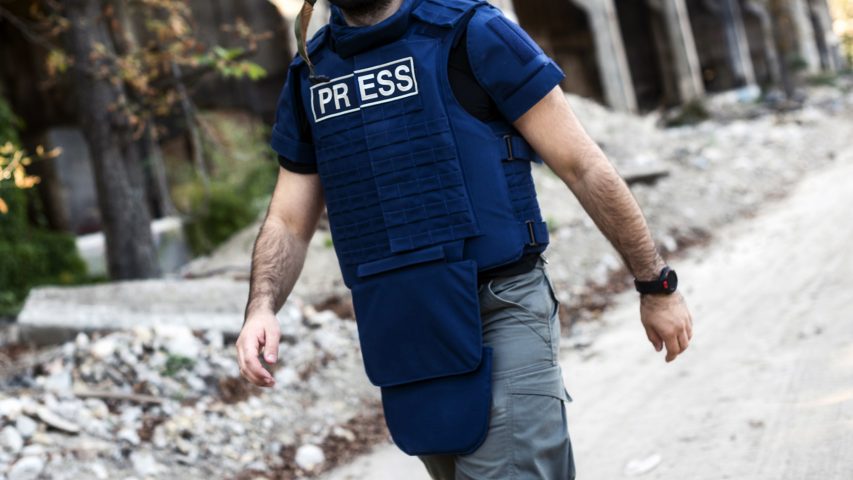 There is a wide debate can and should civilians buy and wear body armor. While some believe that any militarization of civilians will result in more conflicts, the numbers suggest the opposite. In places where body armor is more common there is the same number of assaults, but a lower casualty rate.

By law, most countries in the world and all states in the US forbid convicted criminals from buying body armor of any kind. But some suggest that this doesn’t include people who are future criminals. This is probably a good thing, as no police officer or security provider wants to kill anyone, including perpetrators. We want them captured, convicted, and serving their time.

Finally, as we know that an overwhelming majority of gun crimes in the United States have been perpetrated with a 9mm handgun and more than 9 out of 10 with handguns in general. This means that soft and light body armor would have saved probably tens of thousands of lives if all of the victims were wearing it.

Even inside a single state, there will be regions where wearing external carriers in camo paint will be either happily greeted or frowned upon. Urbanized regions where many different people share a limited space are usually against open carry of both arms and armor.

But, the further you go inland, the more people will be open to the idea that protecting yourself and your property is a civic duty. Some people have the pleasure of living in areas where staying prepared doesn't make you dangerous, but a patriot.

Thankfully, both groups can and should wear bulletproof vests. For those who don’t want to show them, these vests should be covert and hidden under their clothes. And if you want to wear them in the open, you can opt for a comfortable external carrier that you can take on and off at will.

While body armor is generally legal to buy and own in all States, different laws further decree this mater, depending on the local relationship with body armor and defensive gear in particular.

Thankfully, unlike the gun debate, there is no question if body armor can be used as an offensive tool. Body armor doesn’t kill people, nor do people kill people with body armor, it just protects.

Apart from a few states where this is not explicitly written into law and refers to 18 U.S.C. 931, most places don’t allow convicted criminals to buy body armor. This is under the idea that a person is less likely to try to commit a crime if they know that they can’t be protected, which sounds reasonable.

The only exception is Connecticut. In this state, it is still legal to buy and own any type of body armor as a law-abiding citizen, but you need to buy it personally. Online purchases and shipping inside the state are forbidden.

Rest of the World

In the rest of the world, laws may vary a bit and it is usually frowned upon for foreigners to overtly wear body armor. Also, you might need a certificate from the police before you can buy it. These types of papers are usually to prove that you are not convicted of a violent crime or a potential affiliate of a violent group.

While rarely legally explicit, it is much better to wear covert armor in most places, as well as in most situations. This way there is little chance for the police to bother you for your certificates and IDs. Also, some private businesses will be reluctant to allow you entry if you seem armed, which might become an issue for your daily tasks.

There are some places where wearing armor is forbidden, even for law-abiding citizens. The State of Louisiana doesn't allow wearing bulletproof vests on school property. This may seem reasonable at first, but we should remember that school shooters already plan for a much bigger criminal offense.

Thankfully, students can and should wear body armor in all other states. In the wake of recent shootings, it is a good idea to have some armor at the ready in your backpack. Even better is to wear covert armor under your clothes, as you may stay protected in all situations.

Virtually everyone would want to wear body armor, either on the job or during daily tasks. Any situation where you will find yourself in the presence of people you don’t know you will want to stay protected.

This goes double for anyone working directly with people, such as security or emergency services, or even sales. Small shop owners or people working in general stores are some of the most common victims of crimes. You want to be sure that you don’t lose your life over a couple of hundred dollars that may be in the till.

Finally, anyone protecting or maintaining venues and locales will need a bulletproof vest they could wear for the whole workday. Even though these jobs rarely involve someone attacking you directly, there are regular conflicts between patrons and you don't want a stray bullet finding its way to you.

It is, unfortunately, true that when everyone can buy body armor, this often includes people who are radicalized and started affiliating with terrorists or gangs without anyone knowing. This means that future terrorists and criminals can also wear body armor.

But, that doesn’t mean that you should be an easy target for them. You want to survive and stay protected until help arrives. The best way to do this is with good body armor.

While some think body armor is just an invitation for conflict, all law-abiding civilians can and should buy body armor. And if you don't want to stand out, you should buy covert body armor.

Soft armor is light and comfortable and can be worn all day. For every citizen who recognizes their rights, as well as their civic duty, staying protected and vigilant should become a daily routine.

Previous post
Next post
Related articles
Blog
What is a Bump Helmet?
A bump helmet is used to prevent bumps on the head. But, selecting a good bump helmet is not as easy as knowing the general purpose of the gear. The best models around are those that will not only serve as a hardhat but will also stop piercing and be able to attach gear on. There are three main aspects when selecting a bump helmet: Protective capabilities Tactical capabilities Comfort And while most operators will focus on what the helmet...

Blog
What Kind of Pants to Wear with Combat Boots?
Since the time when the first military parade passed through an ancient city somewhere in the Middle East, military apparel has become popular in fashion. While this is completely acceptable for civilians, those who wish to find tactical pants to wear with their combat boots will need to look deeper. It may be undeniable that combat boots and pants look cool, but for a wide variety of security-focused and intensive jobs, you will need real tactical boots and pants that...

Blog
What Glasses does the Military Use?
Especially when it comes to men’s fashion, some of the most popular glasses to wear are those used by the military. For instance, the ‘’Aviator’’ sunglasses were popularized all the way back in the 1940s and are still one of the most recognizable designs. But, sunglasses are nowhere near the only type of glasses used by the military, especially if we include the Army, Navy, and the Air Force. Depending on the mission, requirements, as well as the operator,...

Blog
What‌ ‌are‌ ‌Modern‌ ‌Military‌ ‌Helmets‌ ‌Made‌ ‌Of‌
The need to protect your head, especially in combat, is by no means a novel one. The moment some ancient cavemen picked up a club the other cavemen realized the need to cover their head with something that will stop that club. Modern military helmets are just an extension of that tradition. Regretfully, it is much harder stopping a bullet than it is to stop a wooden club, meaning that we need to use new technology and materials to stop...

Blog
How Bulletproof Armored Clothing Works?
Bulletproof armored clothing is one of the best things to happen to civilian protection in ages. Obviously, it is still only bullet-resistant, and only against handgun rounds unless fitted with a plate, but excels in civilian protection and plausible domestic situations. Unlike covert armor that requires some expertise in handling and is not always perfectly comfortable, armored clothing is as close to regular apparel you can get while being able to stop a bullet. Currently, there are three types of...

Blog
Concealable Armor: What Is It?
It might sound self-explanatory that concealable armor is the armor that you can conceal, but the name alone doesn’t explain the options available for different situations. Also, it is not enough for the armor to be covered with plain clothes, as it also needs to move like plain clothes. Additionally, while the vast majority of concealable armor is soft armor, there are concealable plate carriers. It is possible to carry a plate that will be virtually invisible to anyone but...