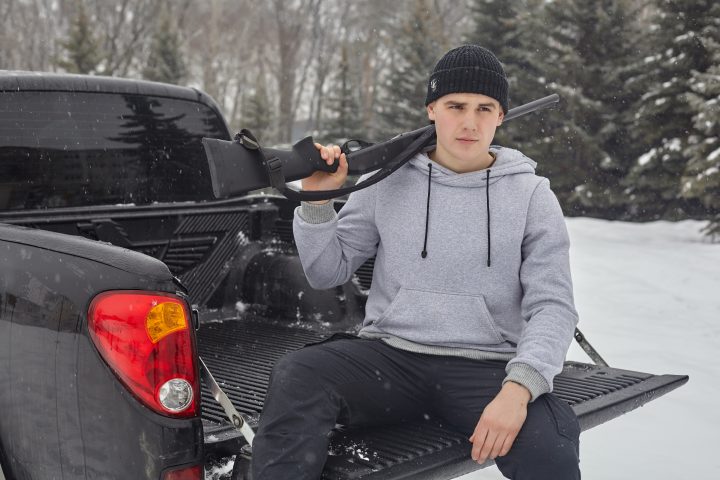 Concealable Armor: What Is It?

It might sound self-explanatory that concealable armor is the armor that you can conceal, but the name alone doesn’t explain the options available for different situations. Also, it is not enough for the armor to be covered with plain clothes, as it also needs to move like plain clothes.

Additionally, while the vast majority of concealable armor is soft armor, there are concealable plate carriers. It is possible to carry a plate that will be virtually invisible to anyone but the most careful observers that get a lot of time seeing you move.

To achieve this, concealable armor must be three things:

And it is usually the last point that separates good concealed armor from the best models on the market today.

Finally, modern covert solutions also encompass armored clothing. These look like plain clothes, because they basically are, but have places for soft armor inserts in them that make them resistant to all handgun rounds.

An overwhelming majority of all covert armor is soft armor. This is not only because of the small weight and thickness, but also the flexibility of the ballistic fabric. This way they can follow the natural curves of the body and seem like only slightly thicker clothes.

The most common type of soft covert armor is internal carriers. These function like regular bulletproof vests but are worn over the undershirt and under other clothes. Usually, they will have a smooth finish to remove any wrinkles on the plain mask over them.

The low cost and durability, combined with the comfort of wearing such armor for a long time, make soft covert armor an ideal choice for the police and others who work in dangerous fields but can’t walk around in full armor.

Concealable hard plate carriers, often called slick plate carriers, are a version of the regular model that is tighter and trimmed of all features except the plate itself.

Usually, they are not worn under the shirt but rather under a light jacket. Because it doesn’t need a smooth finish all the time, some models might have Velcro pads on them to allow for ammo pouches or other holsters.

The use for this type of armor is not wide, but there are situations, especially with VIP protection where such a device will be necessary.

Armor clothing is a phenomenal invention and has a wide range of uses. While its offensive tactical application is limited, the comfort and discretion more than compensate.

Clothing with ballistic inserts in them will be heavier than its unarmored counterpart, but they won’t be uncomfortable.

In most cases, an operator will be able to carry armor every day, all day, without anyone ever noticing that it is on them. This even applies if they thought them.

Because of these characteristics, it is excellent for dangerous civilian jobs, or for protecting venues and people without giving away the fact they have a detail.

Previous post
Related articles
Blog
Concealable Armor: What Is It?
It might sound self-explanatory that concealable armor is the armor that you can conceal, but the name alone doesn’t explain the options available for different situations. Also, it is not enough for the armor to be covered with plain clothes, as it also needs to move like plain clothes. Additionally, while the vast majority of concealable armor is soft armor, there are concealable plate carriers. It is possible to carry a plate that will be virtually invisible to anyone but...