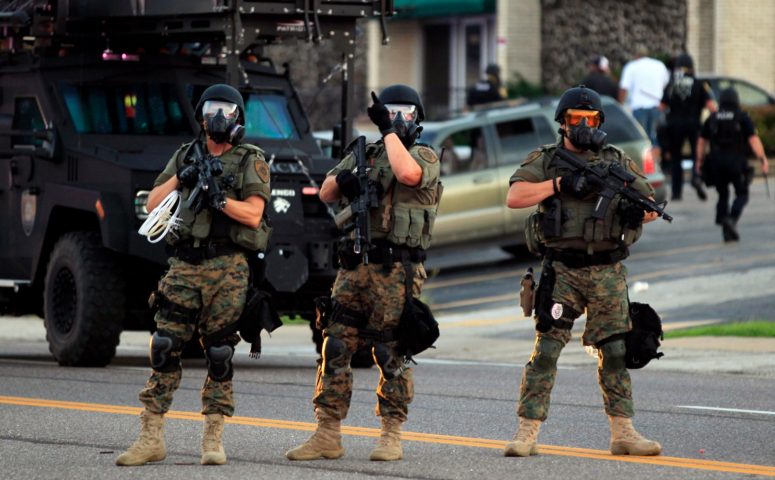 What Level Body Armor Does The Police Wear?

While there are standard requirements when it comes to body armor for law enforcement officers, each department and State jurisdiction will have their small differences. Either for political, social, or objective reasons, some departments will use different types of vests.

But, the overall types can be categorized by the type of mission where they will be used. These types of police body armor are:

Additionally, while some police officers will prefer to wear external carriers because of both comfort and utility, certain jurisdictions won’t allow this to happen. Due to political reasons and public relations, many departments opt to wear armor under the shirt.

Regardless, there is no police department in the country that will place their officers in more danger than they have to be. When it comes to equipping task-forces and teams for a specific mission, protection will take priority over appearance.

Finally, there are now multiple types of soft armor that can be woven into regular clothes. When it comes to detectives and investigators working covertly, this is usually the go-to option.

While this question will often be portrayed as a strictly partisan issue, it is far from it. And, in being a cheerleader for one side or the other we often fail to see the real problems that come from and influence the militarization of police departments.

Primarily, there is the issue of ‘’use it or lose it’’ when it comes to taking in surplus equipment from the military. Because police budgets are always strained, no department will ever miss an opportunity for a gift. This is how small PDs are left with multi-purpose combat vehicles.

Ironically, this both drains the funds of the department due to maintenance and damages the reputation of the neighborhood. When people see tanks on the street they assume that crime has reached its peak.

Also, they might be in more danger because more criminals are ready to shoot back in fear of their life.

Thus, this might be bringing a cleaver to a surgery. Not a set of ideal tools.

When it comes to daily rounds and general law enforcement, most officers will opt to wear an NIJ Level II vest under their uniform. These vests are generally light and easy to carry around, meaning that you can spend the whole day wearing them.

As for durability, they are made to withstand all but the biggest handgun rounds. And as 9/10 crimes are perpetrated with a 9mm weapon it will be enough to stop it. If there is a perpetrator with a rifle, the officer will not engage before they call for backup and pick up their plate carrier from the vehicle.

But, for regular use, a standard-issue pistol and a soft ballistic bulletproof vest are more than enough to serve and protect on a daily basis.

Covert missions such as surveillance and crowd control have become increasingly popular as a police tactic in recent years. Being incorporated into the crowd allows officers to calmly survey everyone inside and protect the participants without raising alarm or suspicion.

For such occasions, police departments will usually use covert ballistic clothing. This type of clothing protects the person wearing them even from stray bullets to the body while allowing for unrestricted movement.

In most cases, when a group of officers is answering a direct distress call it is for something serious. And with a high probability of a shootout, external carriers will be vastly preferable to internal vests.

In recent years, these external carriers will usually be a hybrid with a hard plate centering an NIJ Level III soft armor vest. This way both fatal and disabling wounds are mostly prevented.

Additionally, such carriers allow for carrying additional gear such as flash-bangs, different types of ammo, as well as medkits. And while they are not at the level of SWAT operations, these setups are quite formidable for law enforcement.

Depending on the situation, most teams will usually opt not to engage the suspect directly if at all possible. By using other tools such as flash grenades and tear gas it is usually easier to force a surrender than to attach head-on.

But, when there is a high probability of armed conflict, every cop should wear both an external carrier and a helmet.

Suspects are often irrational in stressful situations and there needs to be a contingency for a scenario where they start shooting randomly even though there is no escape. The ‘wounded animal’ syndrome is very common and all PD teams learn how to handle them.

Special Weapons And Tactics transcends regular law enforcement and makes suspect apprehension more alike to a battlefield. There are usually multiple armed suspects, a lack of information about the terrain, and a high chance of explosive traps.

Because of these conditions, SWAT members will have both the vest, the helmet, and the auxiliary armor. Additionally, the point of entry will be covered by a shield and only enter after the reconnaissance robot.

Some entities in the current political climate seem to request a strong stance even on the very existence of a police force as such. But the truth is that as long as we live in a community we will need people tasked with protecting the said community.

And if we are not paying them, we will become the merchandise. Nothing comes for free.

But, as is the case with every job in every community, we need to work in weeding out the crazies. Especially in this job, it is paramount that our girls and boys in blue are protected by both the community and the administration from the malicious elements from the inside.

In the end, the only thing that can stop a bad cop is a good cop. And thankfully, those are in the majority.